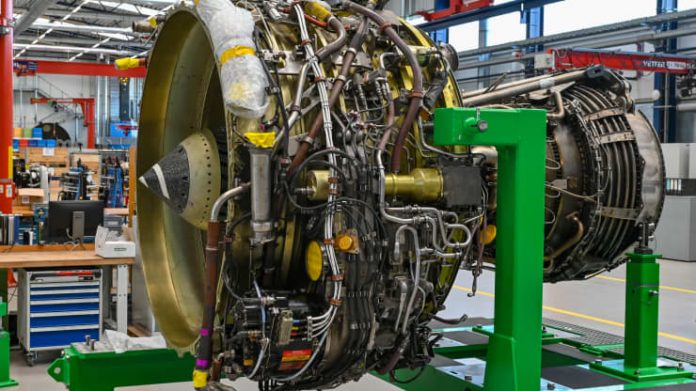 General Electric’s aviation unit and its joint venture partner Safran of France on Monday said they are developing new airplane engines that aim to cut emissions by more than a fifth of today’s levels.

GE Aviation and Safran together produce some of the most commonly used aircraft engines under their CFM joint venture. Together they launched a new program, called CFM Rise, that will develop and test new technology that could enter service in the mid-2030s, the companies said.

The aviation industry contributes about 2% of global carbon emissions, and aircraft manufacturers and airlines have been scrambling to find ways to reduce that, while balancing with, what before the Covid pandemic was, strong growth in travel demand.

The Rise program will work on technology that could reduce fuel consumption by more than 20% and also be compatible with sustainable aviation fuel and hydrogen, they said.

The companies, which extended their partnership through 2050, plan to design an engine that is open fan, which is unlike the covered jet engines on commercial aircraft.

CFM’s decision to design engines that can be compatible with multiple technologies shows the companies are thinking ahead, said Richard Aboulafia, vice president of analysis at Teal Group.

“It’s important that everything we’ve produced is not reduced to dead metal,” he said.

The announcement comes from a slimmed-down GE after the conglomerate has shed or announced it would sell off units to bolster its balance sheet like its aircraft leasing arm.

The engine development plan “says we do have the resources, a bit more financial strength right now,” Aboulafia said. “I think that’s a great message to send.”

How are single board computers used?